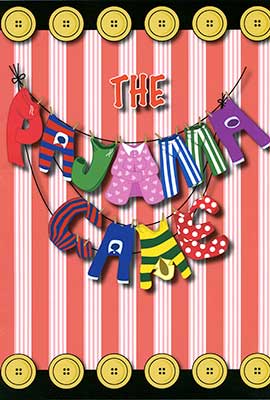 The Pajama Game was performed by Reading Operatic Society at The Hexagon on 22-26 September 2010.

Based on Richard Bissell’s novel 7 1/2 Cents with book by George Abbott and Richard Bissell and music by Richard Adler and Jerry Ross, The Pajama Game tells the moral tale of a union dispute at the Sleep-Tite Pajama Factory. First performed on Broadway in 1954, two of the show’s numbers, Hernando’s Hideaway and Hey There, went on to chart.